YOUR Stories: Our Lady of Peace at Walk for Life West Coast

Our Lady of Peace parish in Santa Clara was at the Walk and they’ve got a great post describing their experience and nice photos, too! Hey! Send us YOUR photos and stories! Email to info@walkforlifewc.com

Tens of thousands of women, men, and children from across all the spectrum of nationalities and backgrounds gathered to speak up for the unborn and to expose the truth about abortion.

Our group from Our Lady of Peace in Santa Clara, California and St. Leo the Great in San Jose was comprised of over 200 people.

First we gathered for Holy Mass at the St. Mary’s Cathedral with Archbishop Salvatore Cordileone.  Then we walked down to the Civic Center Plaza to join other youth, young adults, families, grandparents, and all those committed to defending life against the Culture of Death…. 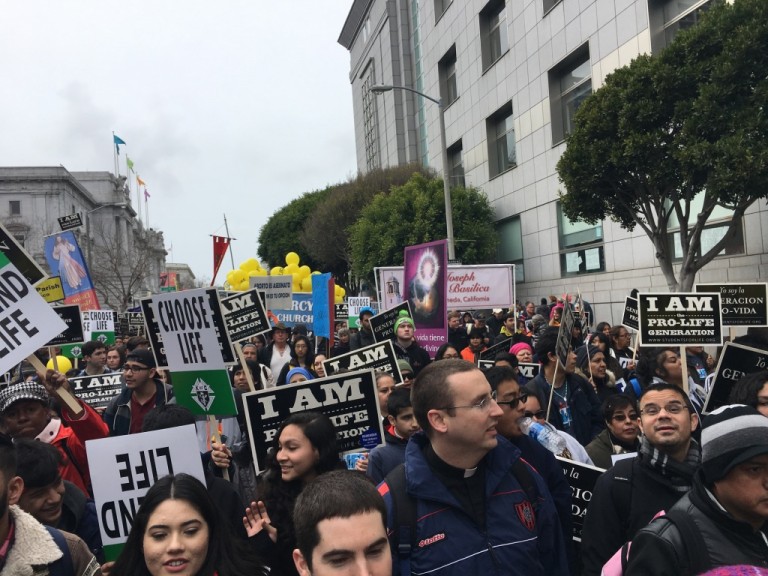 We crossed paths a few times with angry protesters preparing for the “Women’s March” that took the same route just two hours later.  But overall the event was a true testimony to the best of American democracy: that despite media claims, we have grown to value freedom of speech enough in our culture to let others say what they will even when we disagree. 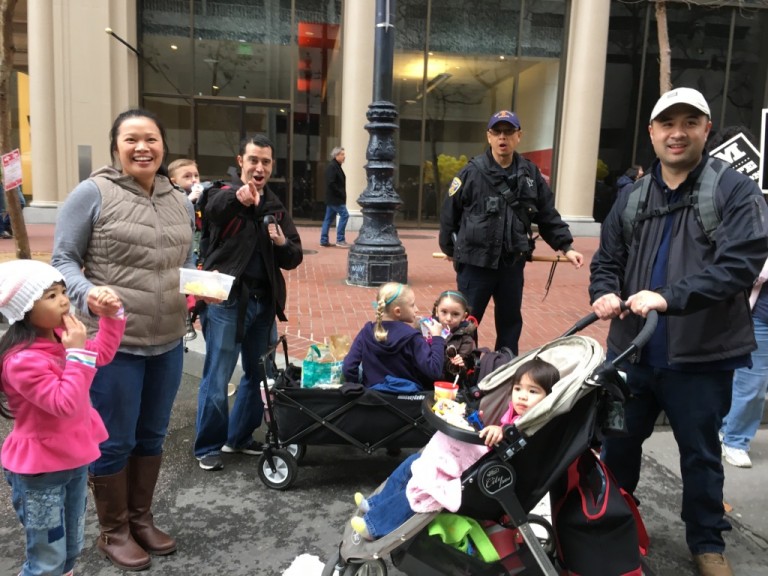 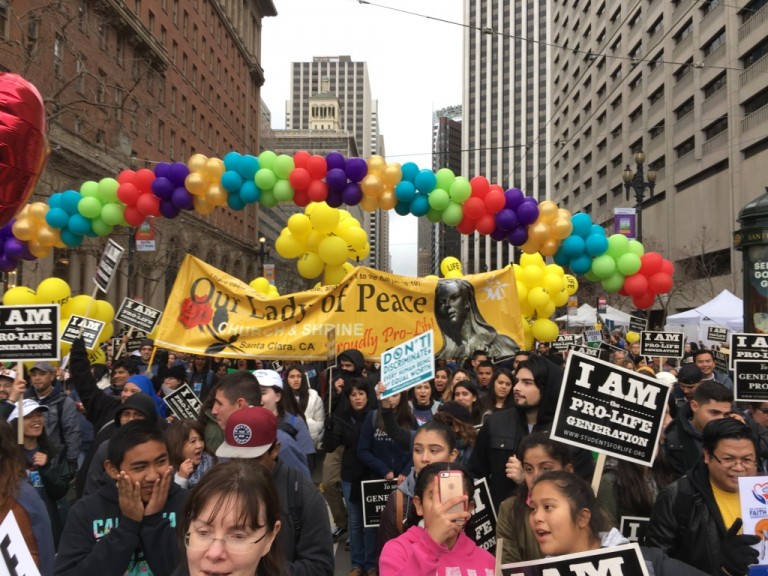 As you can see in the videos from the day on the ground, the Walk for Life was peaceful, forceful, and consistent with an enduring confidence that love is stronger than hate, life is stronger than death, and abortion is never the answer. We can do better.”