Dexter Duggan, writing  at The Wanderer, reports on the 2016 Students for Life of America Conference ‘Born to Win.’ The East Cost Conference was cancelled, because of the blizzard, but that did not deter the SFLA: East Coasters could watch live streaming of the West Coast Conference, from St. Mary’s Cathedral, the day after the Walk for Life West Coast. Here’s some excerpts from Dexter’s story: 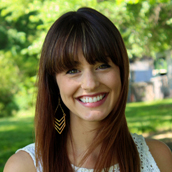 Modern media capabilities allow pro-lifers to get their messages straight out to the public, jumping past the restrictions of dominant pro-abortion writers and editors.

Such capabilities also helped Students for Life of America (studentsforlife.org) reach young people even though the east coast’s dominant blizzard shut down SFLA’s annual major conference scheduled to complement the March for Life in Washington, D.C.

Although about 2,000 registrants couldn’t attend the planned January 23 east coast conference, “many of them tuned in to the livestream” of SFLA’s west coast conference here the following day, January 24, the organization’s director of communications, Kristina Hernandez, told The Wanderer…

The companion San Francisco conference was the largest in its three-year history, with about 450 students attending, SFLA national field director Missy Stone told The Wanderer. They were from Arizona, California, Idaho, Oregon, New Mexico, Nevada, and Washington state, she said.

The west coast weather was only cloudy with some sun and a few sprinkles.
Hawkins, the SFLA president, told the audience that PP is scared at the results of people learning about its activities.

“We are actually living in a very historic time in the pro-life movement,” with PP coming under investigation, she said.

Referring to SFLA’s goal, Hawkins said, “If we are going to end abortion in our lifetime,” PP’s financial lifeline has to be cut off.

PP receives about a half-billion taxpayer dollars a year that it uses to help fight against the taxpayers who oppose its depravity.

“They’re the leader of the abortion industry,” Hawkins said. “. . . They are scared!. . . . They have no defense” against facts shown in the videos. . . “We have a moral obligation to stop this because they have our money” through tapping taxpayers while pushing forward with the agenda of dismembering and selling babies.
Earlier in her talk, Hawkins said people don’t like corporations that don’t tell the truth and make money off them — the profile of PP.

PP’s plan is to keep its customers coming back to it again and again, she said, and it doesn’t like competition from pro-life pregnancy centers.

Missy Stone, the national field director, told the audience that PP has strategically branded itself as the best in women’s health care.

However, the videos show that PP didn’t get women’s consent before selling baby body parts, and unethically changed abortion methods in order to do better harvesting, Stone said…”