The SF Gate is the online version of the San Francisco Chronicle (for those not from the Bay Area). This may be the fairest coverage they have given us in 11 years. We commend them. The pictures are nice, too. 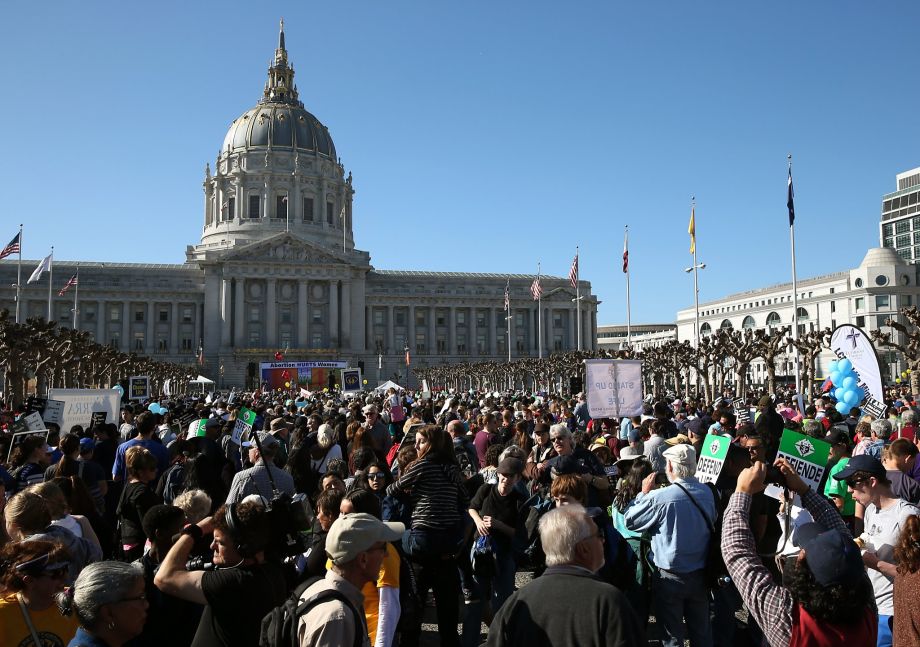 Thousands of people calling for an end to abortion filled San Francisco’s Civic Center Plaza on Saturday for the annual West Coast March for Life. (It’s the Walk for Life West Coast, of course. Sheesh)

Organizers of the event expected up to 50,000 antiabortion marchers from across the West Coast to participate in the 2015 event, which is scheduled each year to coincide with the anniversary of Roe vs. Wade, the Jan. 22, 1973, Supreme Court decision that made abortion legal across the country.

People came from as far as Texas to participate in the march and rally, which included speeches and signs in Spanish and English.

One sign declared “1/3 of our generation has been killed by abortion,” while another read “Defiende la vida.” (Defend life.)

Mary Dudro, 21, a UC Berkeley senior, had been to several of the previous marches.

“We are 100 percent pro-women,” she said. “This is not a judgment or trying to limit women. We believe the maternal aspect of a woman to carry life is something sacred and needs to be protected.

“Even if your situation is difficult, you’ll be 100 times better off keeping your child than having the knowledge you aborted it.”