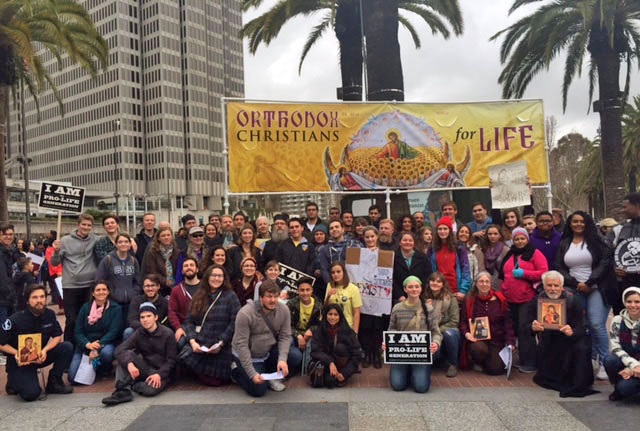 We are grateful to His Eminence Metropolitan Joseph of the Antiochian Orthodox Church, Diocese of Los Angeles and the West; His Eminence Metropolitan Gerasimos of the Greek Orthodox Metropolis of San Francisco; His Eminence Archbishop Benjamin of the Orthodox Church in America, Diocese of the West; and, His Grace Bishop Irenei of Sacramento Russian Orthodox Church Outside of Russia for their blessing of a pilgrimage to the Walk for Life West Coast led by the V. Rev. Father Josiah Trenham of St. Andrew Orthodox Church in Riverside.  The Pilgrimage includes a weekend of prayer and fellowship surrounding the Walk and it culminates with a symposium entitled, “Responding to the Life Issue as an Orthodox Christian” at Holy Virgin Cathedral, 6210 Geary Boulevard, San Francisco from 10:00 AM to Noon on Sunday, January 28, 2018. 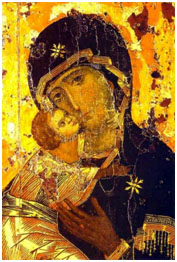 Veronica Ruby, of Orthodox Christians for Life of the San Francisco Bay Area, confirmed that the leadership of the Orthodox Christian bishops, who are the spiritual fathers and teachers of the Orthodox faithful, provide great inspiration for the laity to participate in the Walk for Life, pray for the protection of the unborn and their parents, and engage in pro-life work.  As Ms. Ruby explained, “Orthodox Christianity teaches, and has always taught, that every life is infinitely valued by God and this includes the life of the unborn child.  And, pro-life work includes providing assistance to mothers in unplanned pregnancies.  Orthodox teaching has always been in line with the modern model of the pro-life movement that we love both the mother and her child.”

Father Aris Metrakos of Holy Trinity Church in San Francisco, and long-time supporter of the Walk for Life, provided further background, stating, “Orthodox Christianity’s stance toward abortion transcends history, culture, and politics. The contemporary Church’s opposition continues a teaching clearly articulated by Christians of antiquity and patristic luminaries. The unified denunciation of this practice by all Orthodox jurisdictions serves as a reminder that no one who declares “Glory to God in the highest and on earth peace among people of good will” (regardless of their ethnicity or language) could ever regard America’s casual acceptance of this practice as anything less than an abomination. While Orthodox Christians in the United States range from being politically opinionated to indifferent, the Church’s support of the Walk for Life reminds us that being pro-life is not a political position, but a defining moral imperative of anyone who claims membership in the Body that describes herself as One, Holy, Catholic, and Apostolic.”

We appreciate the current Orthodox Christian bishops, and priests, for perpetuating the sanctity of life teachings of their church.  For more information about the Pilgrimage, go to www.DlawYoungAdults.com.