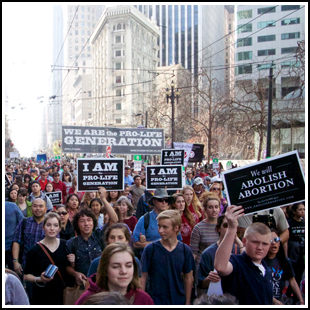 “A Massive and diverse crowd” is how the Associated Press described tens of thousands of pro-lifers gathered in front of San Francisco’s City Hall on January 25, 2014 for the Walk for Life West Coast.

2014 marked the 10th anniversary of the event. The Walk began with 7,500 participants in 2005 and had grown to well over 50,000 in 2014. Seventeen Catholic bishops, led by San Francisco’s Archbishop Salvatore Cordileone, and two Anglican bishops were in attendance. Archbishop Cordileone read a message from Pope Francis, given to him by Apostolic Nuncio Archbishop Carlo Maria Viganò, in which the Nuncio personally conveyed to “the many thousands of participants, both young and old, the affectionate greetings and spiritual closeness of His Holiness Pope Francis.”

The event began with the Walk for Life West Coast Rally in San Francisco’s Civic Center Plaza. Speakers included post-abortive actress Shari Rigby Wiedman, who starred in the film October Baby; Lamb of God maternity home director Grace Dulaney, who told the crowd that, unlike abortion, adoption is “the only option that everyone can live with”; Monica Snyder, of Secular Pro-Life, who said “When you peel away the glossy wrappers, the pro-choice movement is about death”; and Walk stalwart, the Rev. Clenard Childress. Walk organizers introduced the new Chaplain, Fr. Joseph Fessio, SJ. Fr. Fessio replaced the recently deceased Fr. John Malloy, SDB.

Following the rally, the enormous crowd marched down Market Street, under banners displaying the Walk’s motto and message: Abortion Hurts Women, to Justin Herman Plaza. The banners were a story in themselves: before the Walk San Francisco’s Board of Supervisors made national news by issuing a resolution against the banners, a move that earned condemnation from even the liberal San Francisco Chronicle and KGO-TV.

The Walk has grown not only in the number of participants but in scope. 2014 Walk-relatedevents included a youth rally with the Sisters of Life; the Law of Life Legal Summit; a training session for sidewalk counselors; and the first ever West Coast Students for Life Conference held at the Cathedral.

As always, the hallmark of the Walk was the presence of legions of young people from all over California and Oregon, and from as far away as Nevada, Arizona, and Wyoming.

To mark the Walk’s 10th anniversary, organizers honored those who had spoken or been honored at past Walks. 19 speakers/honorees assembled on the stage: 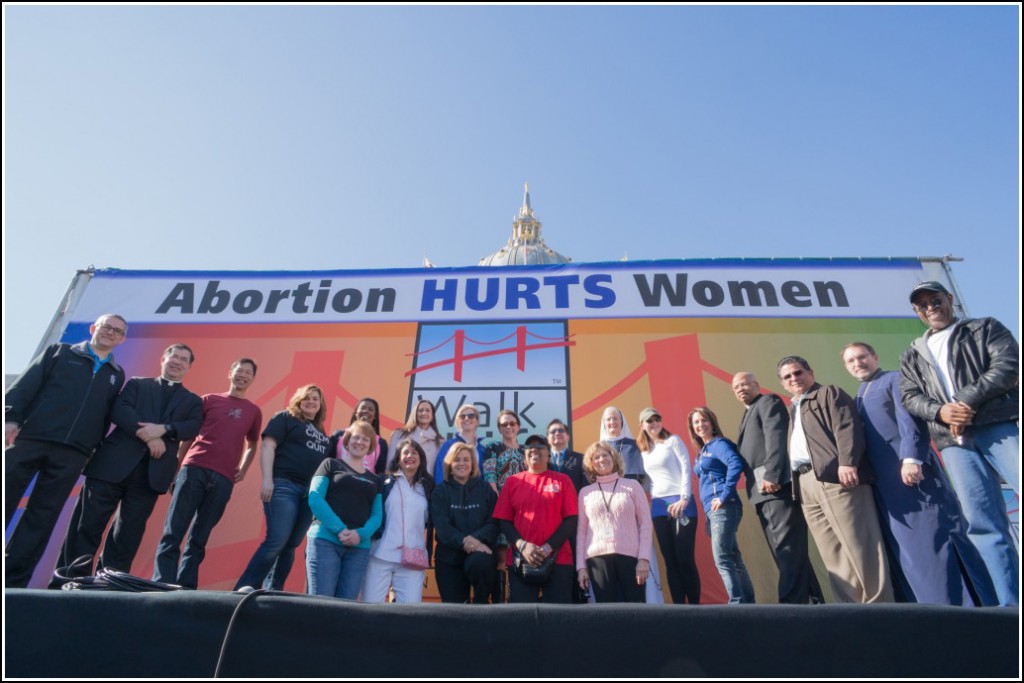