That means YOU, Walk for Lifers! God bless and thanks so many who came out yesterday to demand the protection of the littlest among at the 13th Annual Walk for Life West Coast. We’ll be uploading more Walk coverage and photo throughout the day.

SAN FRANCISCO, Jan. 21, 2017 _ Less than two hours before another San Francisco protest against President Donald Trump was set to launch, the city’s annual pro-woman, pro-life Walk for Life West Coast drew tens of thousands to a rally and march that stretched for almost two miles today. 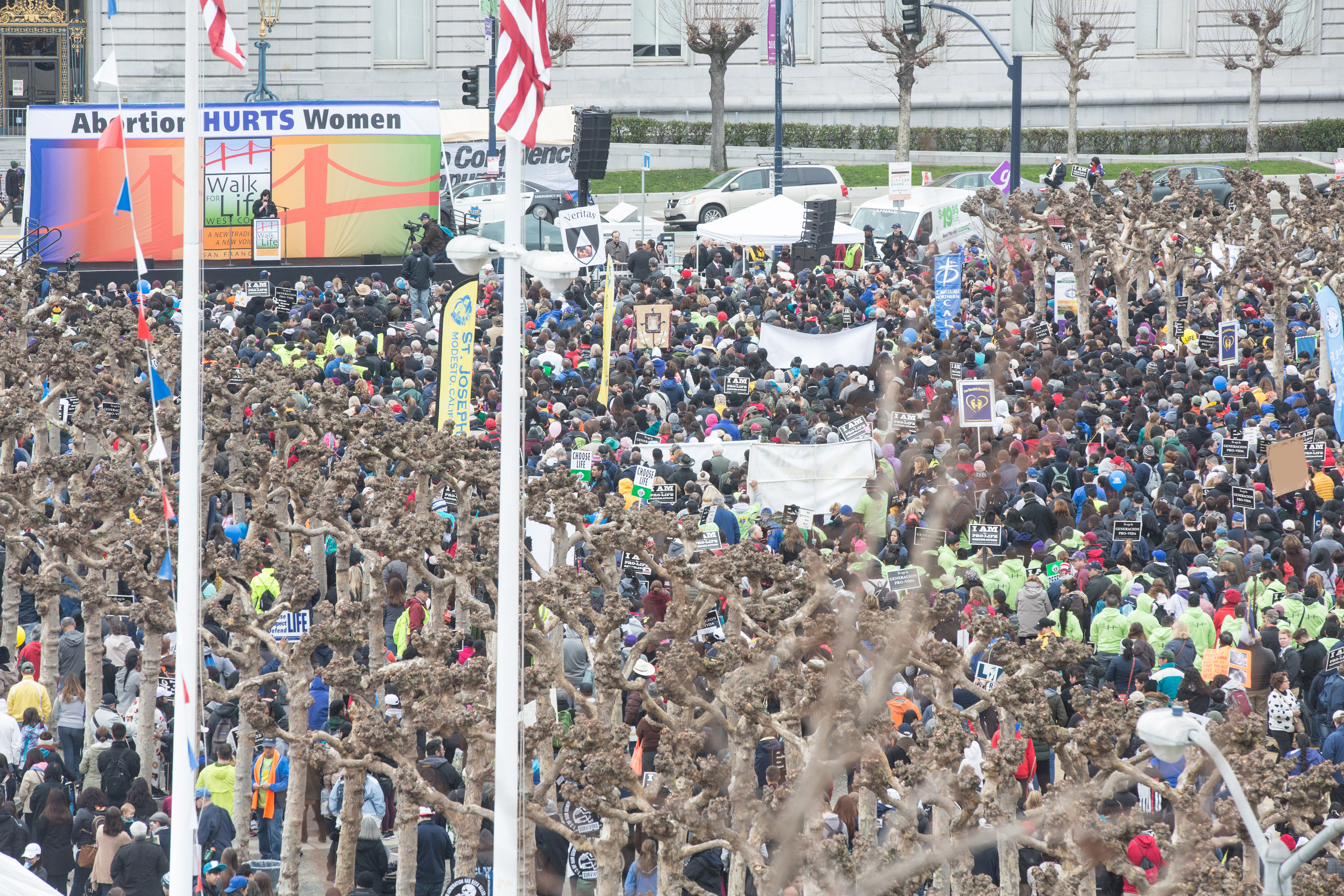 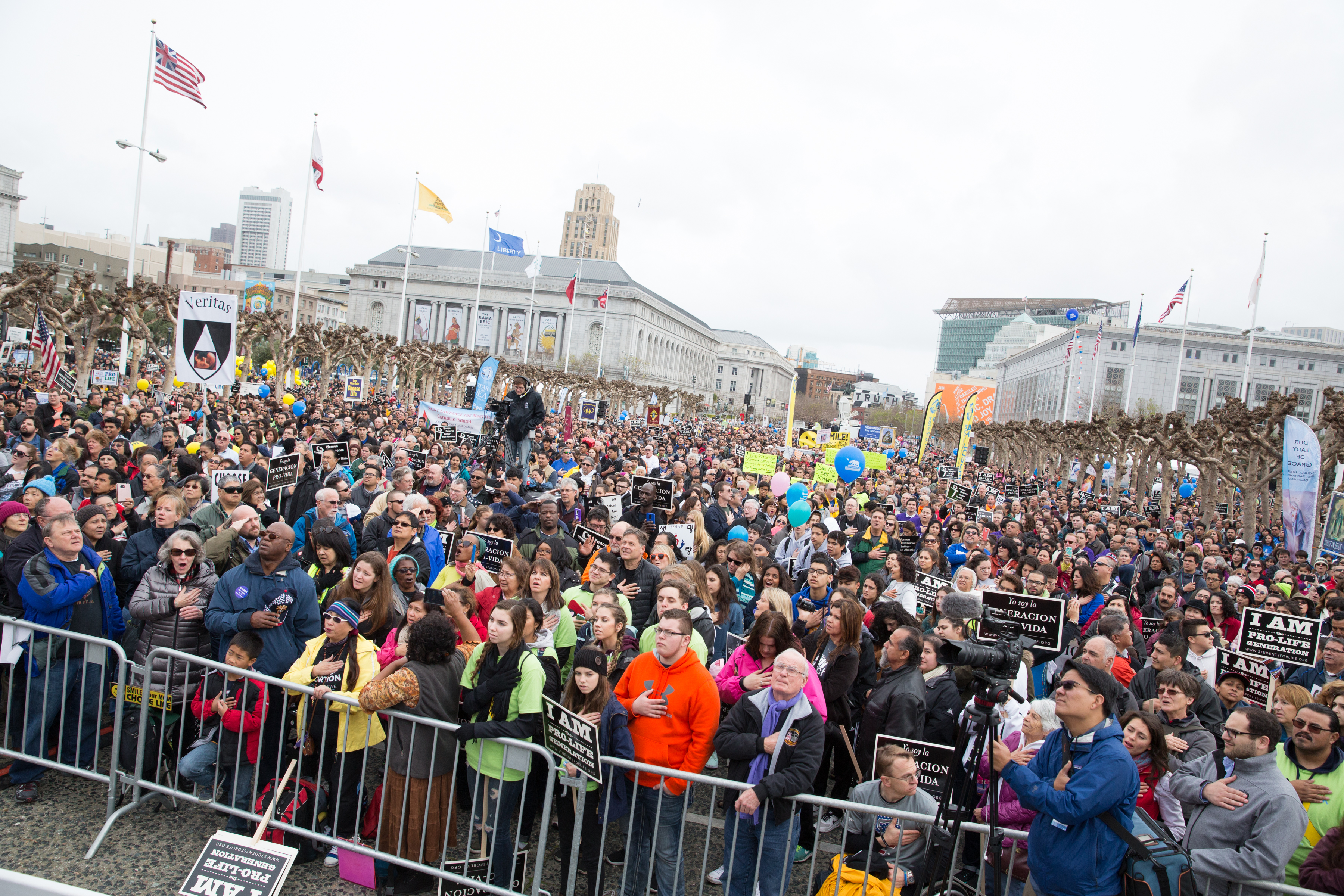 “The police were out in full force and did a great job,” Walk co-chair Eva Muntean said. “There were so many people, it was crazy.” Despite days of rain, including heavy rain and wind in the morning, the rain held off until the Walk’s conclusion. “I thought the weather and the Women’s March might have reduced turnout, but that was not the case.”

“Your light must shine now,” said Baptist Rev. Clenard Childress, who has spoken at almost every Walk since 2005, telling the crowd, “This is your time. This is your season.”

Referring tacitly to Trump’s pledge to defund Planned Parenthood and block foreign aid to organizations that provide abortion, Childress said, “It is a season where God is moving on behalf of those who have labored for so long.” He urged prayers for Democratic and Republican leaders in Washington, D.C. 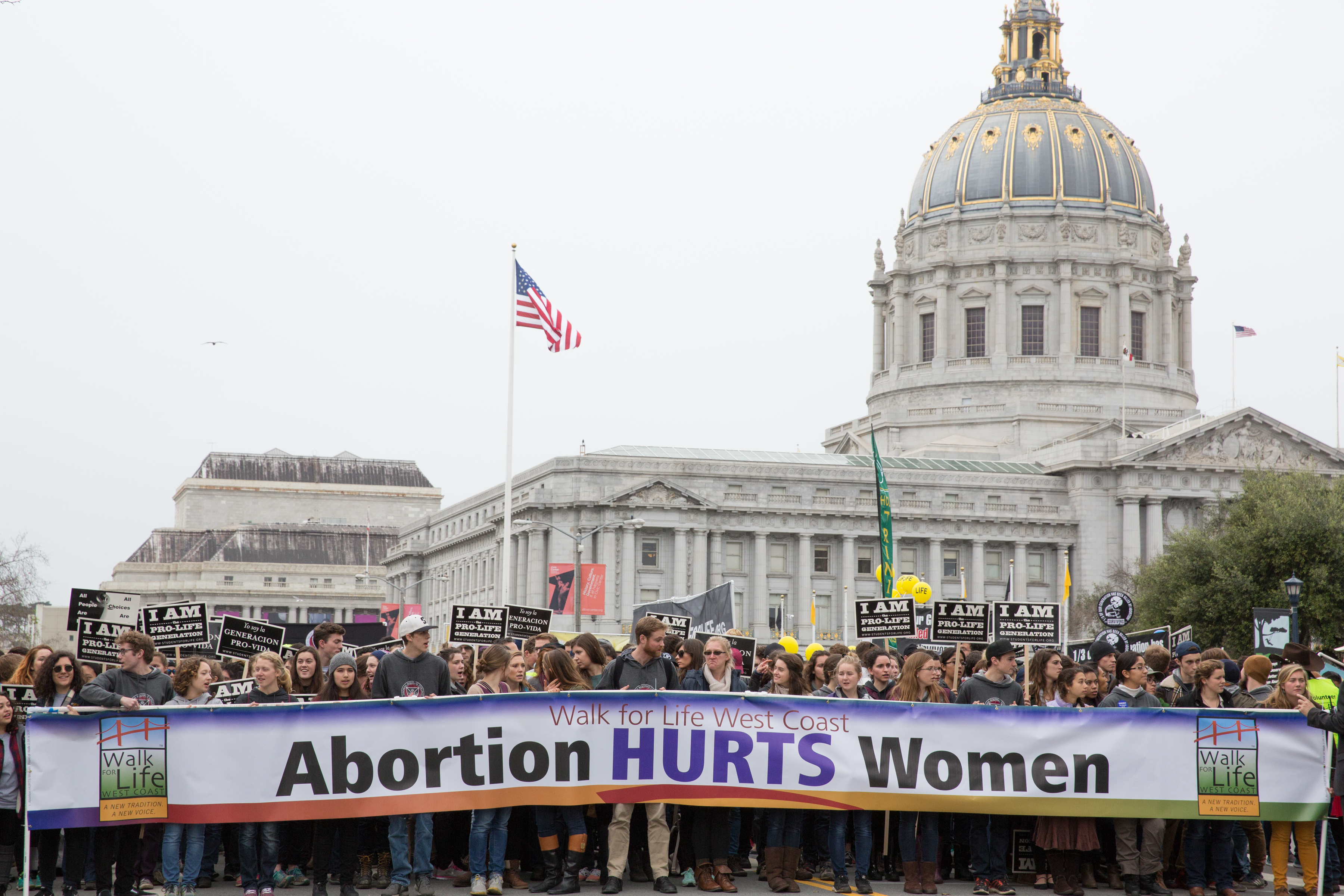 Other speakers included Melissa Ohden who spoke about surviving being aborted, and the importance of responding with love to women who chose abortion, and those in the abortion industry. Heisman Trophy winner Tim Tebow’s mother Pam spoke of resisting doctor’s advice to abort Tim; and Reggie Littlejohn, founder of Women’s Rights Without Frontiers highlighted the abuse of women by China’s forced abortion policy where as many as 23 million abortions a year are performed.

The Walk opened with an invocation by Bishop Stephen Lopes of the Personal Ordinariate of the Chair of St. Peter, and a message of support from Pope Francis read by San Francisco Archbishop Salvatore Cordileone. Archbishop Cordileone presented the St. Gianna Molla Award to Dr. George Delgado for his pioneering work on a procedure to reverse the abortion pill.

Founded in 2005 by a group of San Francisco Bay Area residents, the Walk for Life West Coast’s mission is to change the perceptions of a society that thinks abortion is an answer.