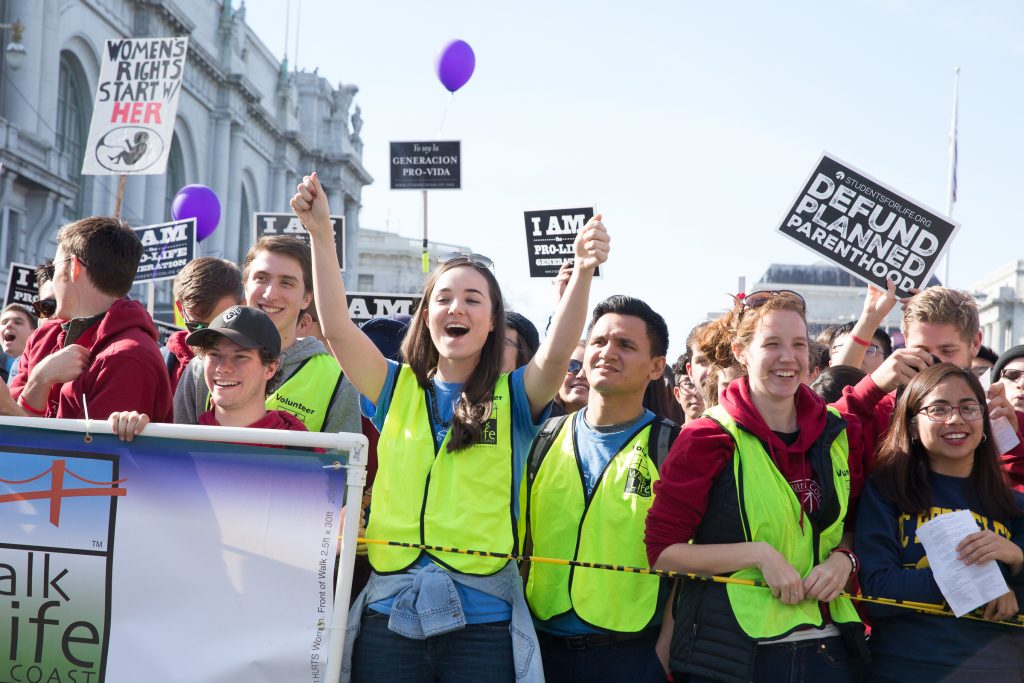 Tens of thousands of sign-carrying antiabortion demonstrators filled Civic Center Plaza for an afternoon rally Saturday and then paraded down Market Street in what is annually one of the nation’s largest marches against abortion.

It’s been 45 years since a landmark Supreme Court ruling legalized abortion nationwide. Every year, activists with Walk for Life West Coast plan their march for the weekend closest to the Jan. 22 anniversary of the U.S. Supreme Court’s 1973 Roe v. Wade ruling.

The goal, according to Walk For Life’s website, is “to reach out to women harmed by abortion” and “to inform society of the damage done to women by abortion.”

For the 14th annual event, a massive crowd converged at the San Francisco Civic Center to look at info booths and listen to speakers before the 1:30 p.m. walk down Market Street to Embarcadero Plaza. The event closed traffic on Market and Mission streets from 10th Street to the Embarcadero for six hours….