“A bunch of people just assumed because I’m a woman in my 30s and I have glitter on my face, that I was going to the Women’s March. That was amusing…”

“The Walk for Life West Coast, held on Saturday, January 21, was full of familiar sights for the approximately 50,000 pro-lifers who gathered in San Francisco from around the Bay Area and from elsewhere in California and across the country. Lots of up-beat pro-life signage, lots of babies in strollers, lots of Catholic religious in clerical garb and habits (Dominicans in their striking black and white were particularly well-represented). The rally at the Civic Center before the Walk itself featured a slate of prominent pro-life activists and speakers, and San Francisco’s Archbishop Salvatore Cordileone read a special message to the Walk from Pope Francis. 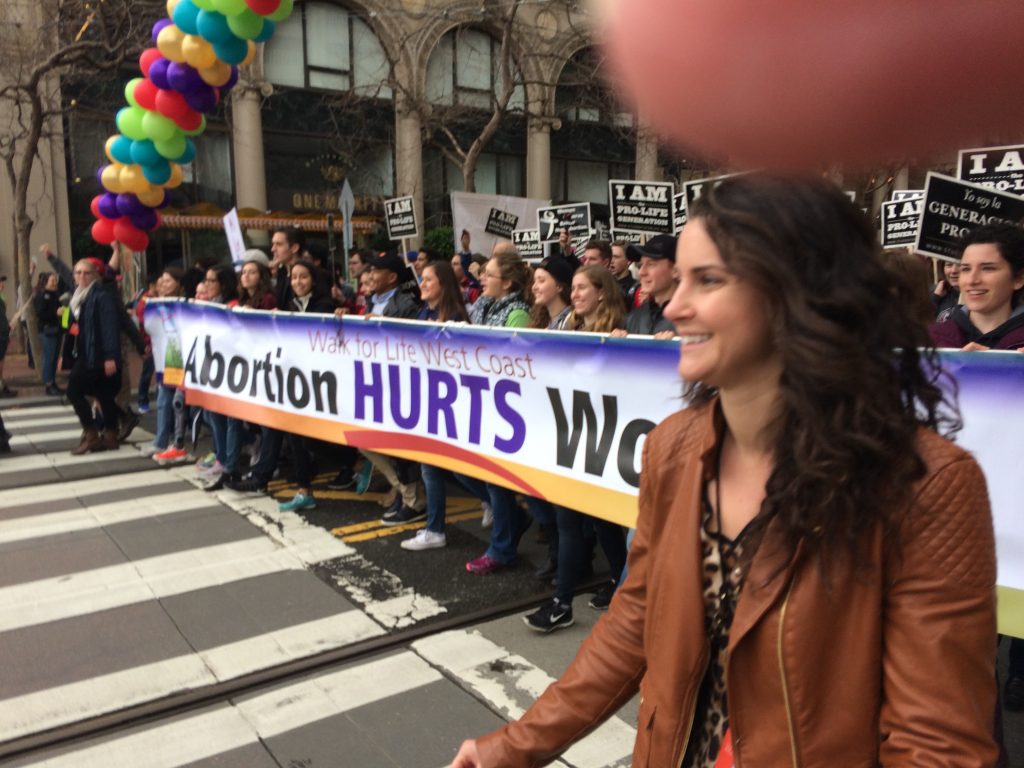 But in addition to the familiar, the 13th annual Walk for Life took place in the context of two new, and related, elements—the presidential inauguration of Donald Trump the day before in Washington, DC, and the Women’s March taking place later that day along the very same route the as the pro-life walk. …”

Several Walk participants I spoke with said they were hopeful for the future of pro-life efforts in today’s political climate; Victor from San Jose said he was encouraged by the solid turn-out and enthusiasm of the Walk, despite divisive politics.

‘Of course politics are a big factor—but I think we’re hearing lots of good news,’ he said.

‘There’s the same good vibe as other years; maybe it feels a little more victorious this time’, said another Walk participant, a woman with sparkly purple eyeshadow who said she came San Francisco via public transit. ‘A bunch of people just assumed because I’m a woman in my 30s and I have glitter on my face, that I was going to the Women’s March. That was amusing…'”